ZamTrip is a hard driving band out of Rock Springs, Wyoming. The three Zampedri brothers, Kyle, Cory and Cody joined forces with powerhouse vocalist Samantha Newman, and have been delivering their unique blend of alternative, hard rock and blues influenced music since 2012.

The band has been heavily influenced by acts such as Black Stone Cherry, Motley Crue, Halestorm and Foo Fighters.

Throughout the year the band has shared the stage with many heavy hitters including Halestorm, Nonpoint, 10 Years, Black Stone Cherry and countless other national acts.

“I recently moved to Rock Springs, Wyoming. A town in the heart of Southwest Wyoming, and like the rest of Wyoming it too proves difficult to find some good local music, that isn't country. A couple of weeks after moving back to Wyoming I kind of regretted it. Coming from a large city, where there are shows every night, and opportunity in the arts everywhere, to come to a whole state that primarily only plays country music, well frankly it sucked to say the least; until I discovered a very popular local group, whom they refer to themselves as "ZamTrip." Inspired by classic metal and hard rock groups we've all come to know and love like Motley Crue, Black Sabbath, Black Stone Cherry, Halestorm, and many others. When listening to this group for the first time you definitely get that Lzzy Hale vibe. The lead vocalist , Samantha Newman has got some pipes! Even though it seems as if these female vocal-lead hard rock and metal groups have been popping up all over the place, ZamTrip has proven their ability to run with the Big Dogs. ” - Tommy Boy 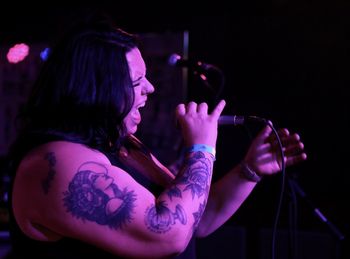 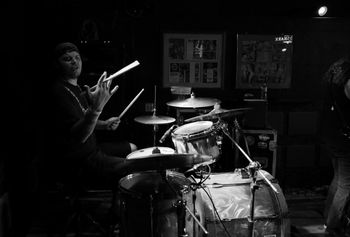 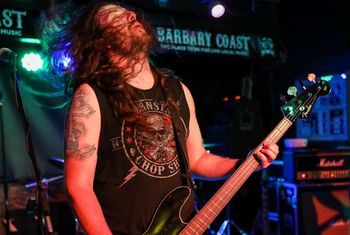 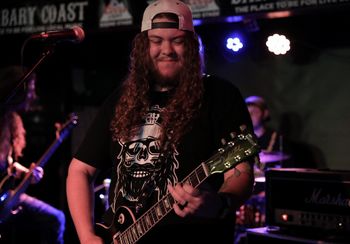 “Regardless how large, or small, the crowd this band will bring it; because they love it. That's why I go, to experience the music, marvel at their talent, and feel their passion.” - Ray Michaels - 95 Rock FM